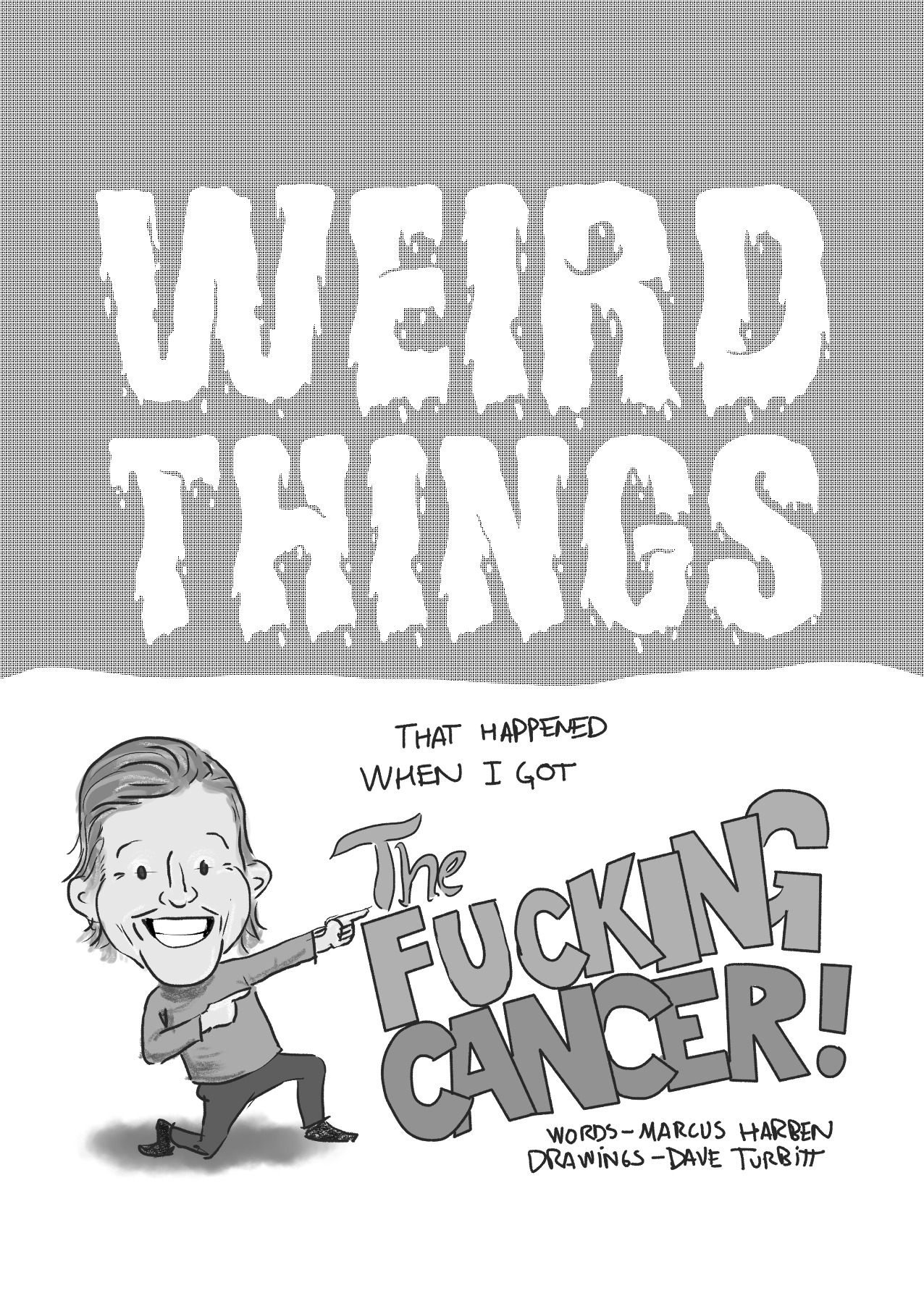 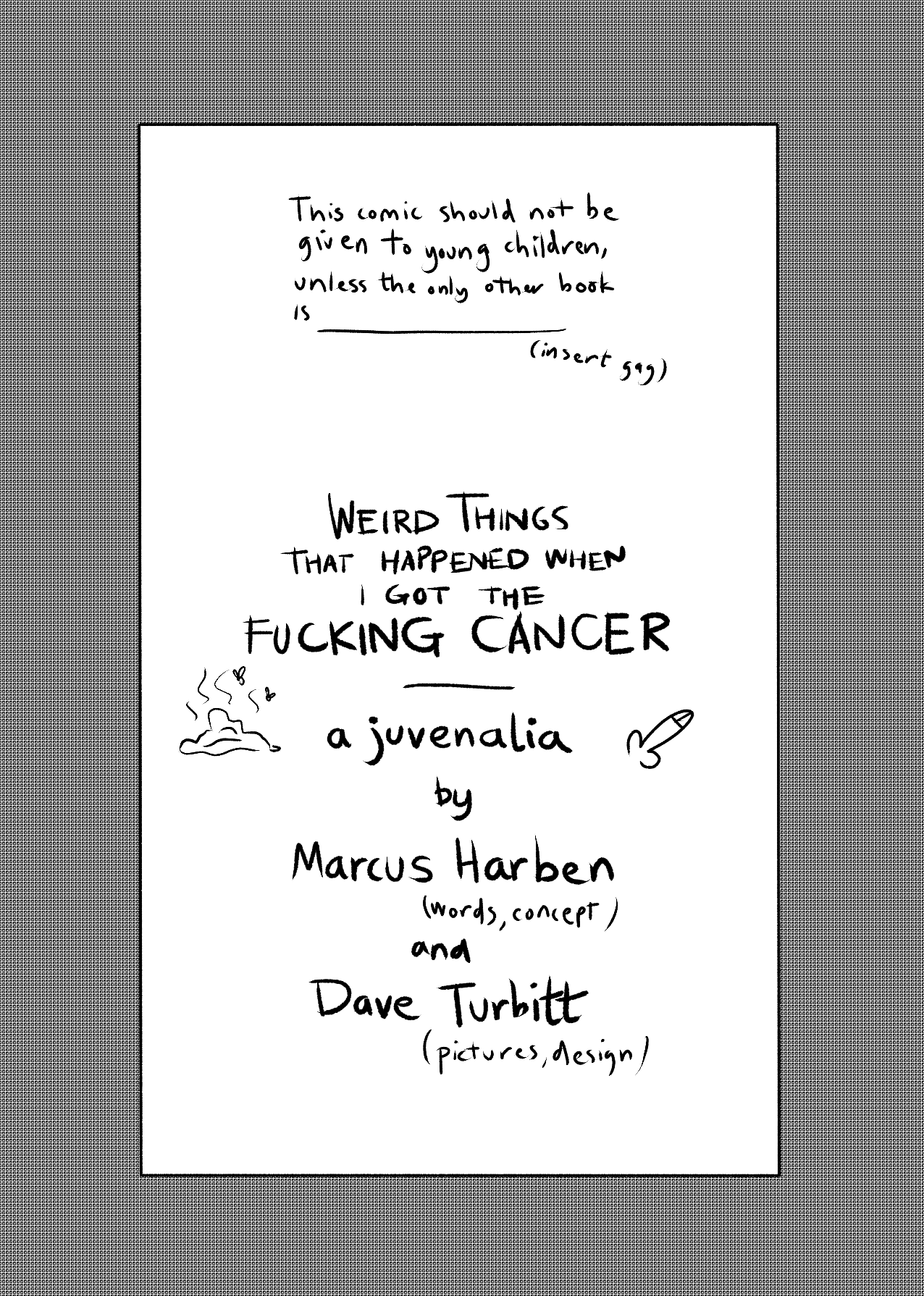 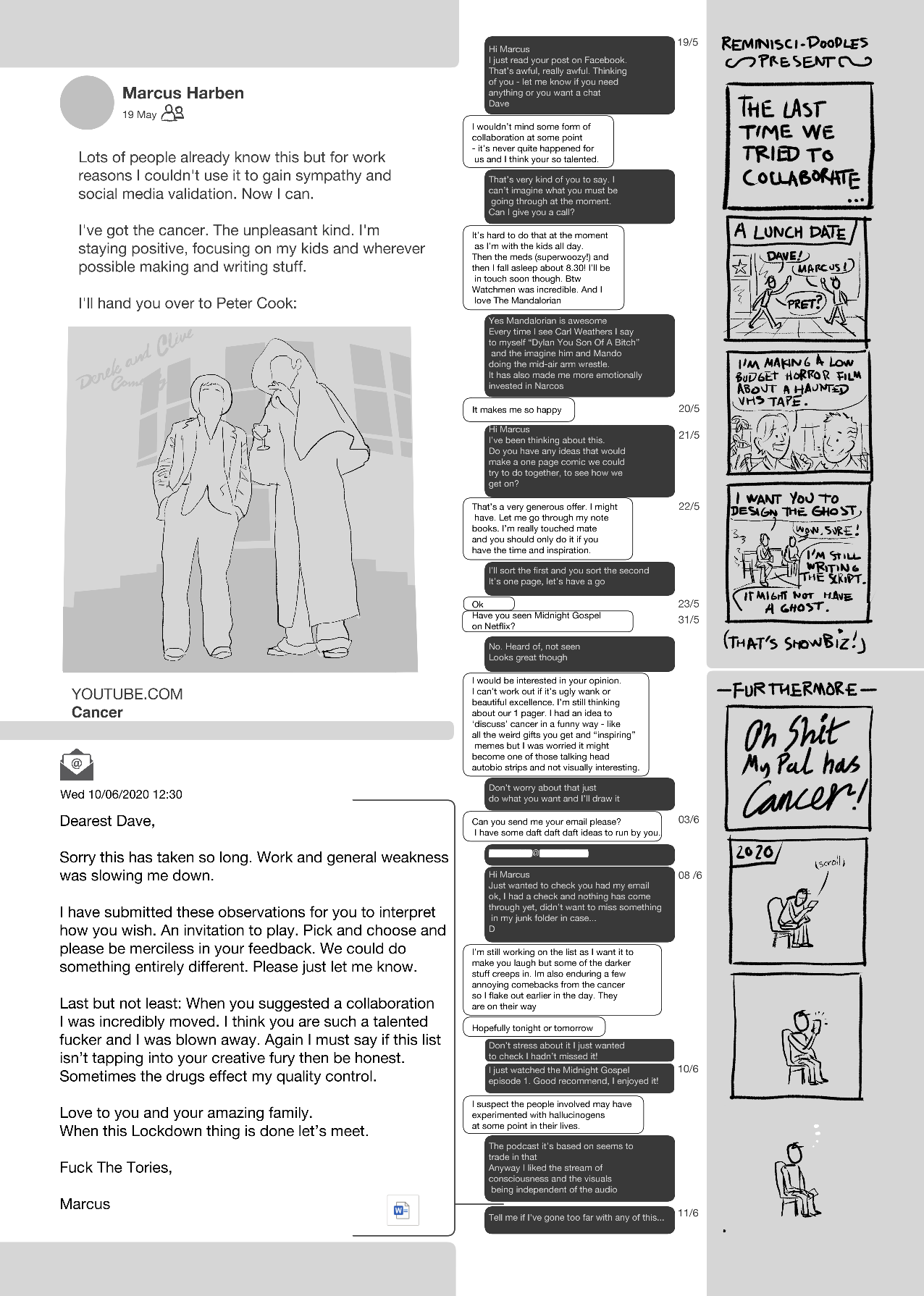 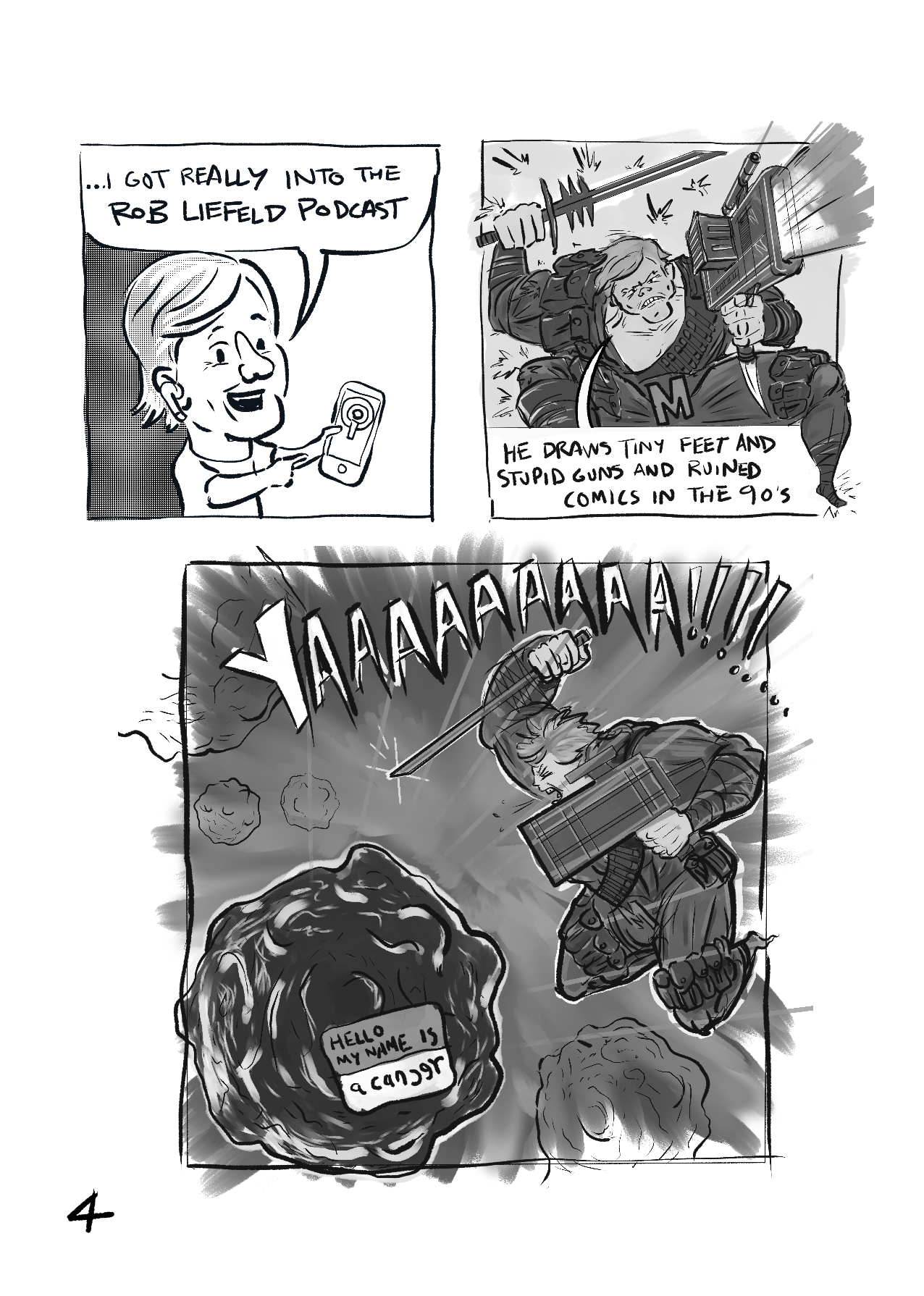 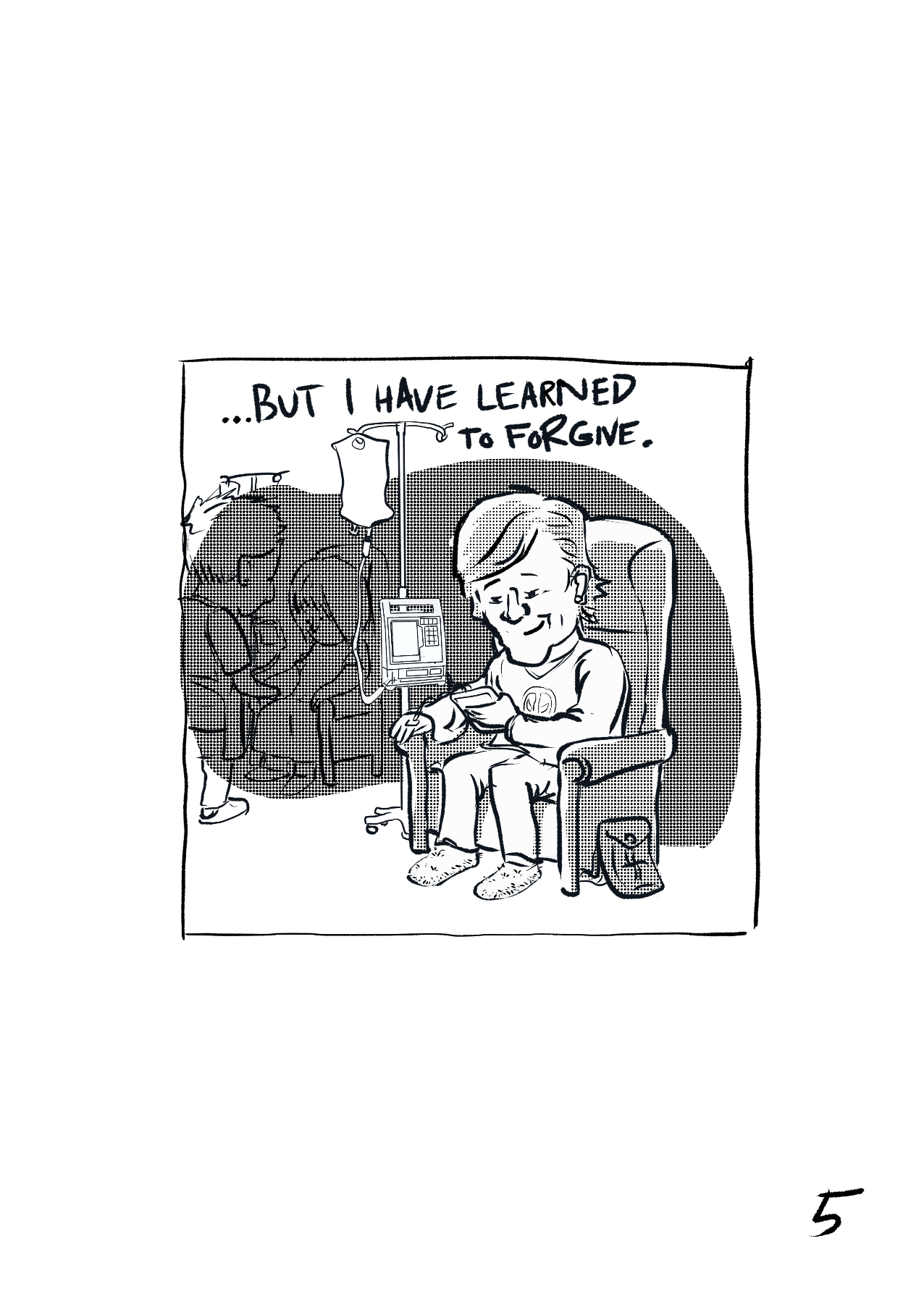 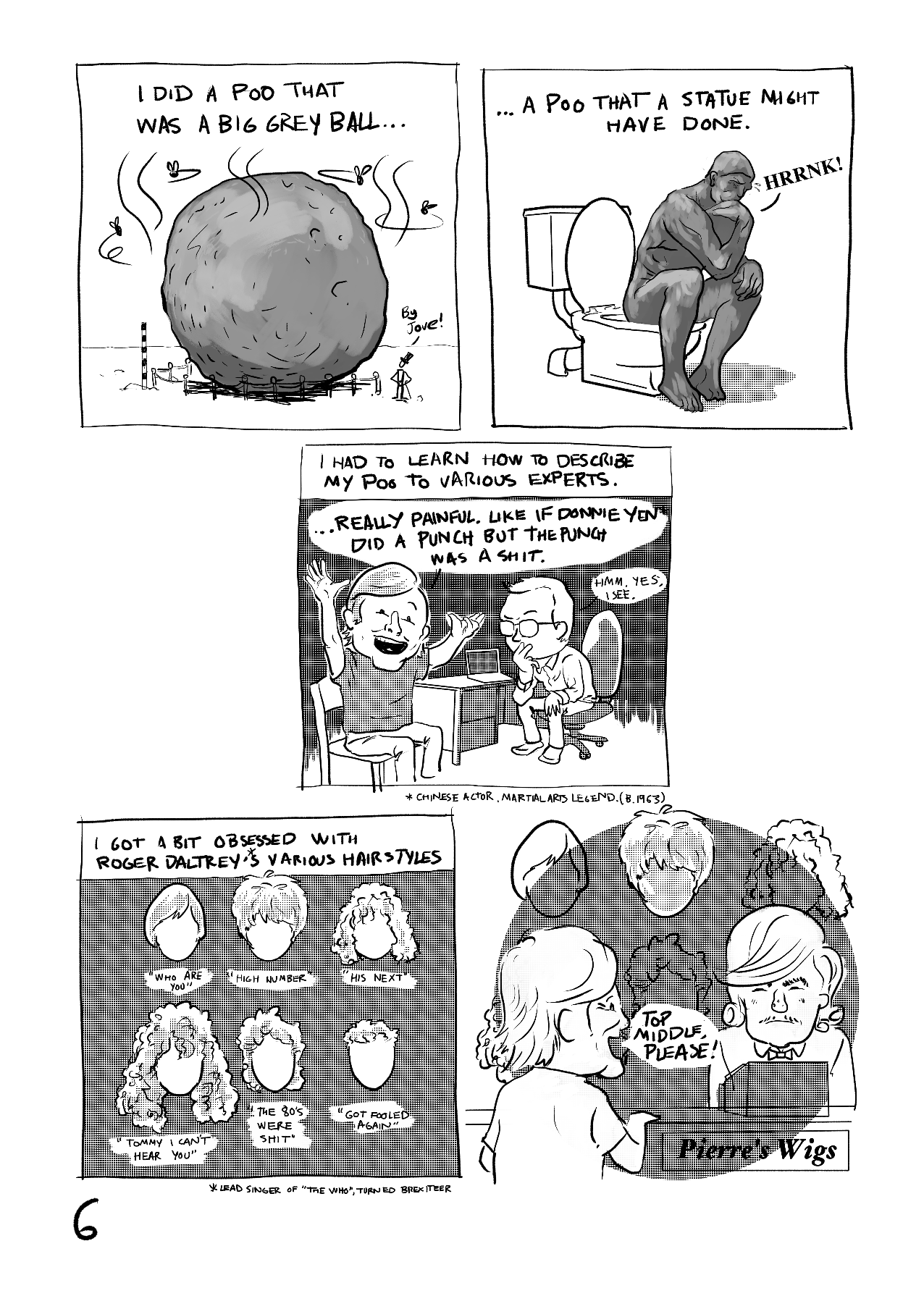 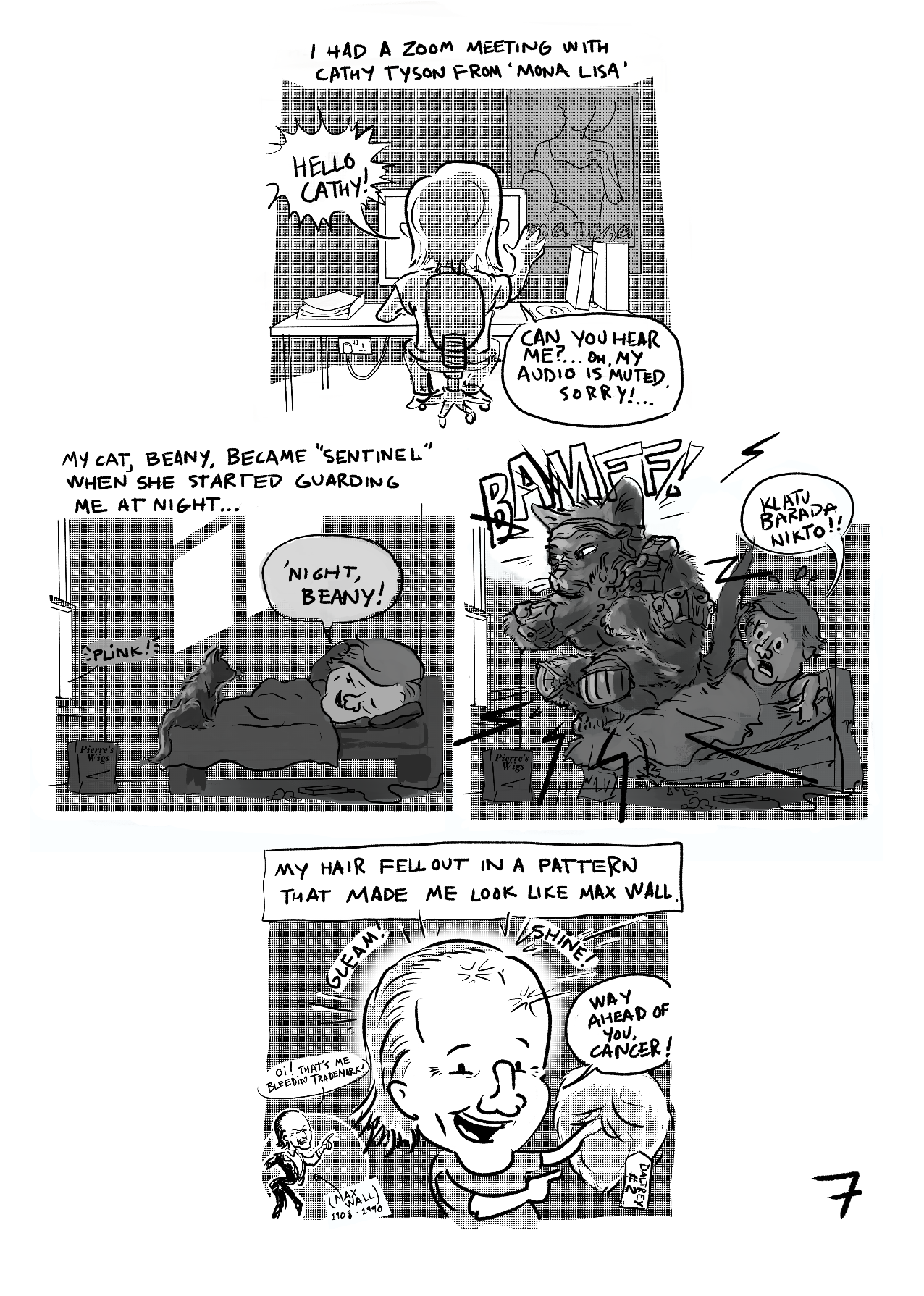 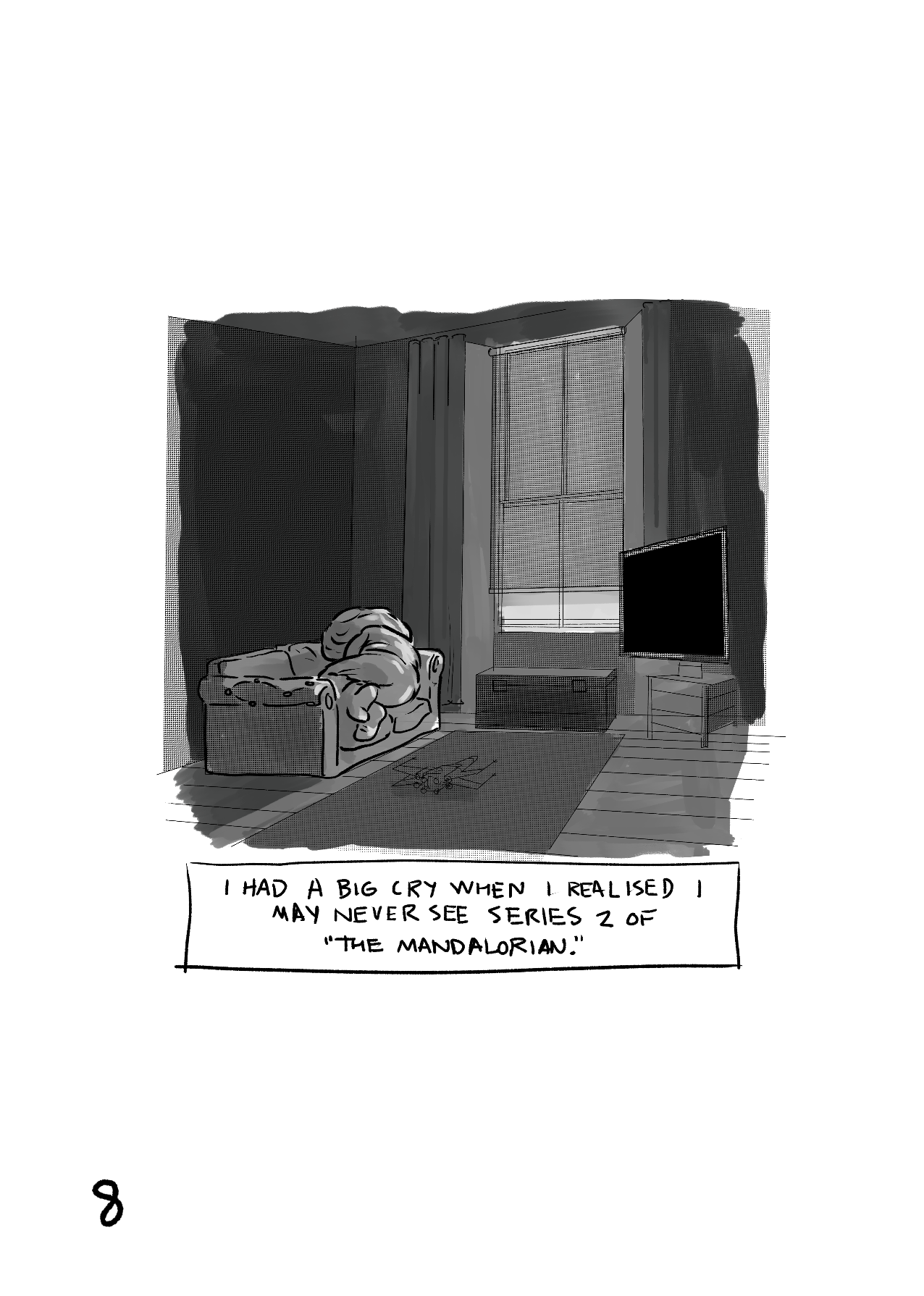 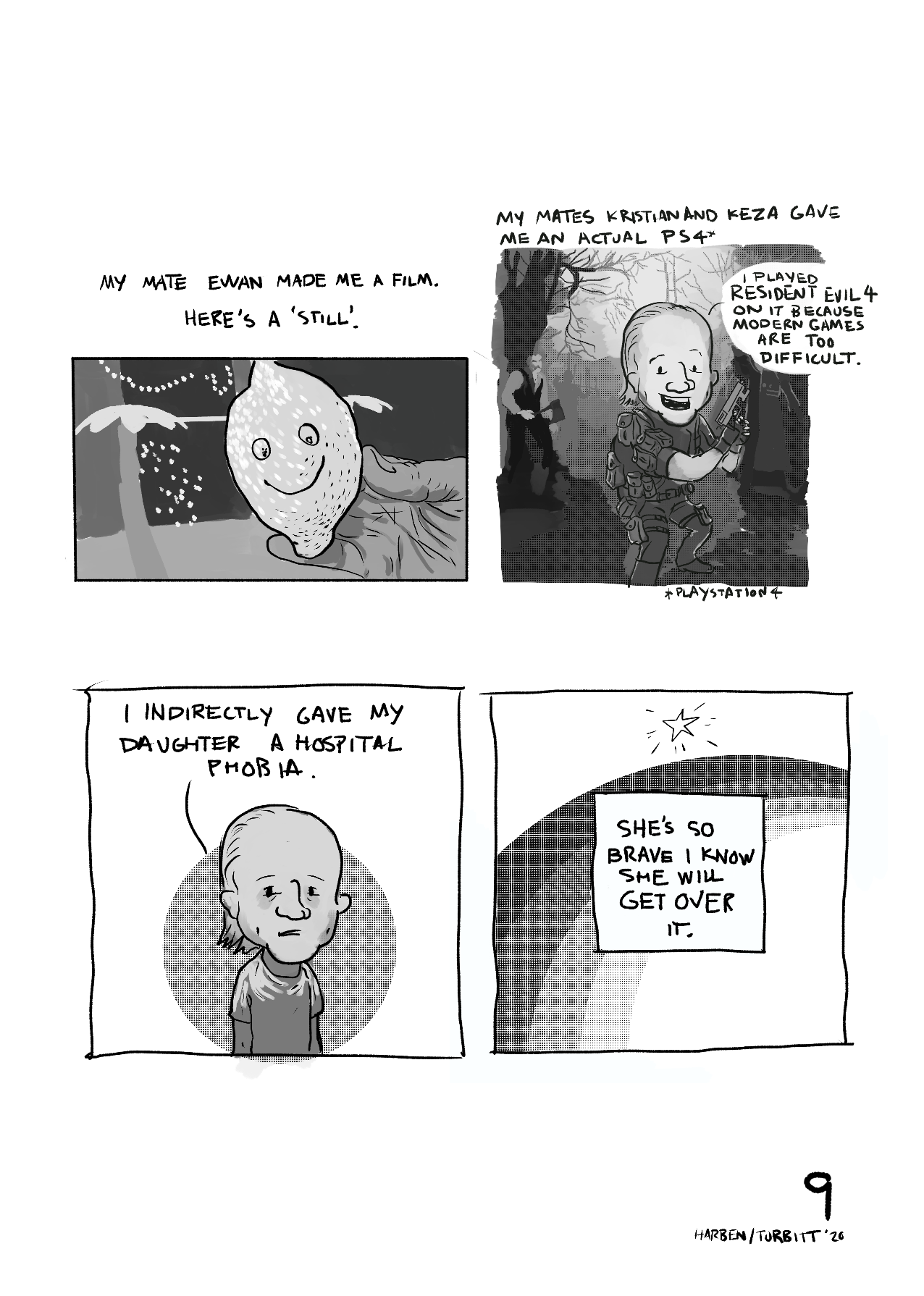 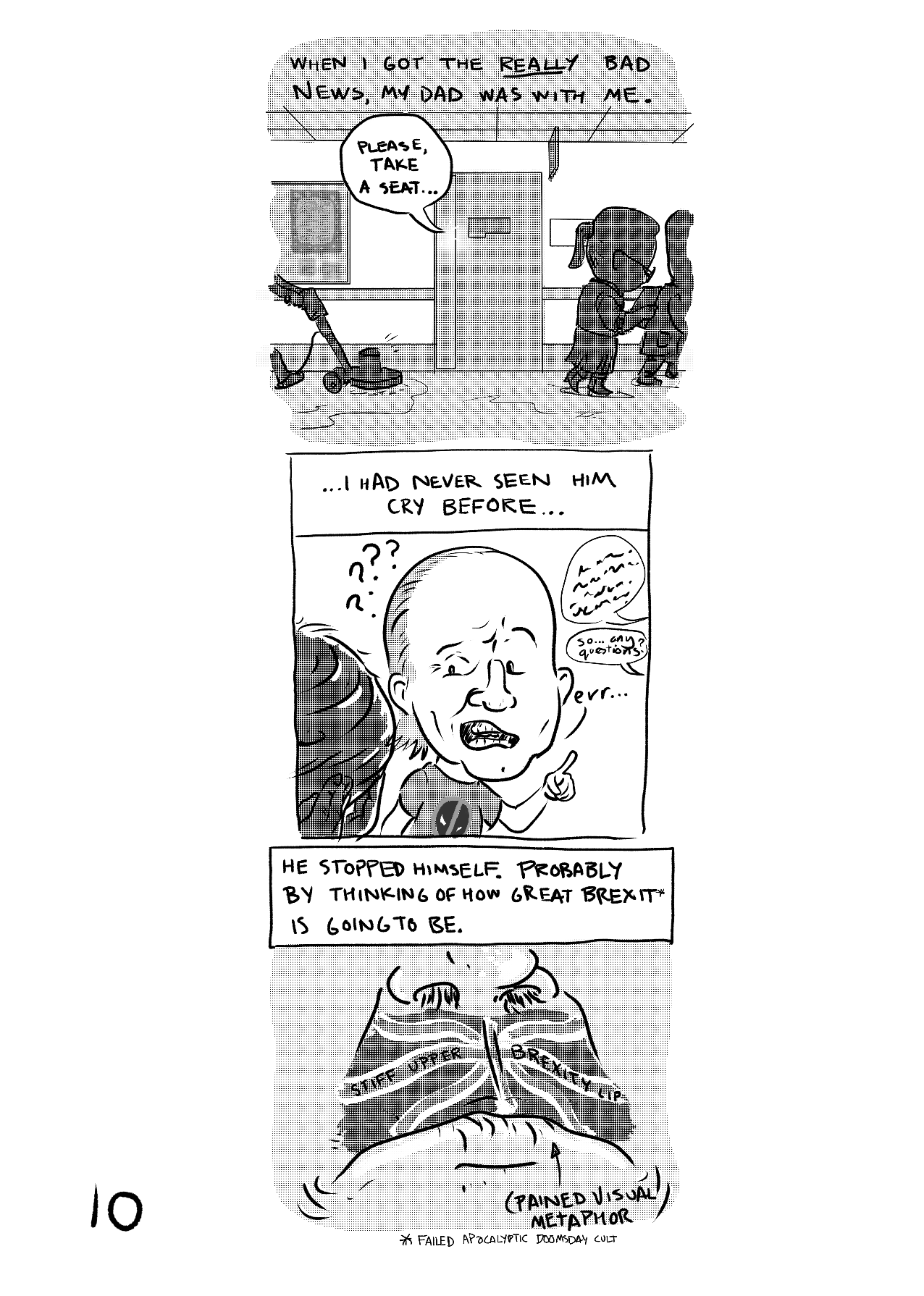 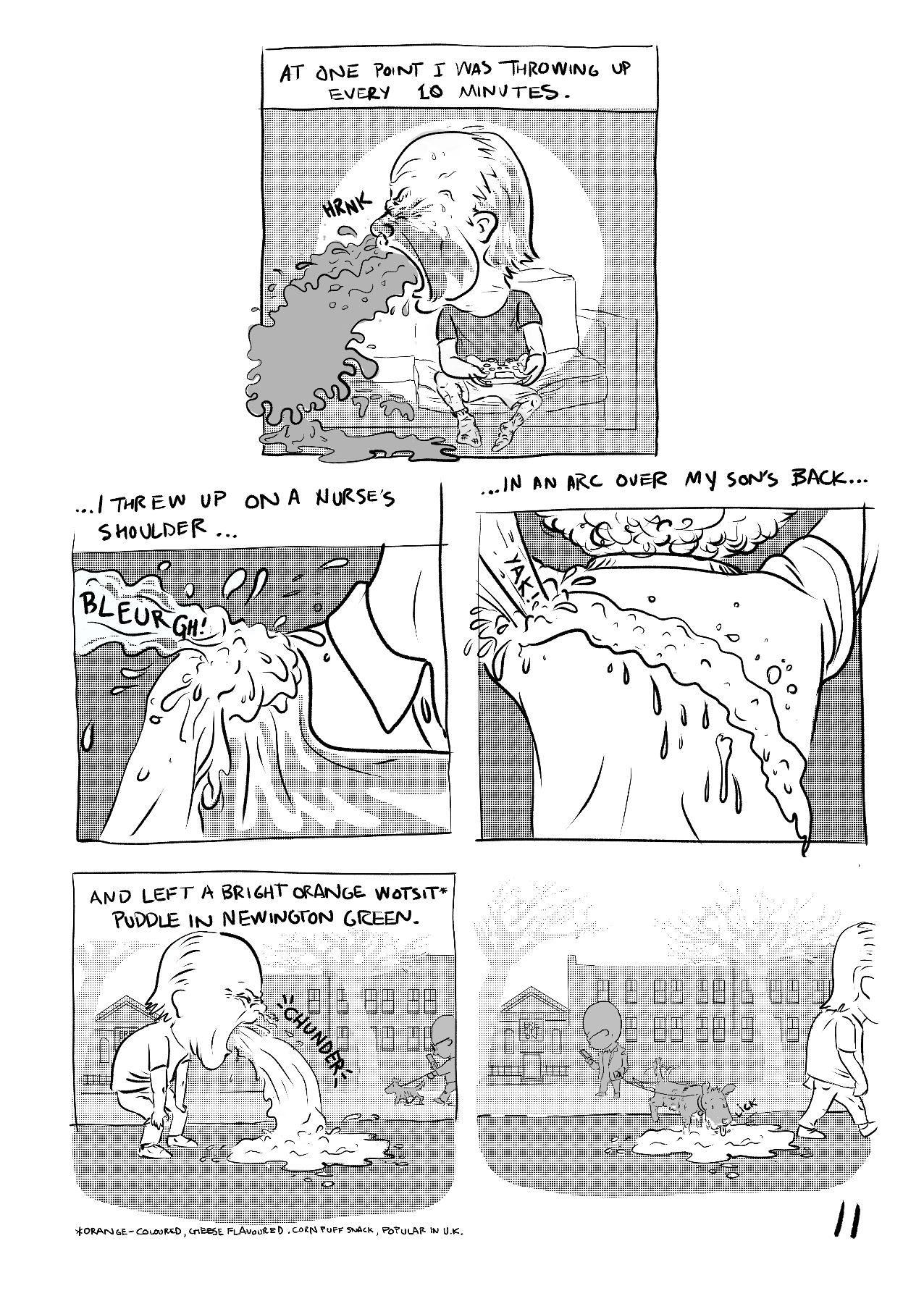 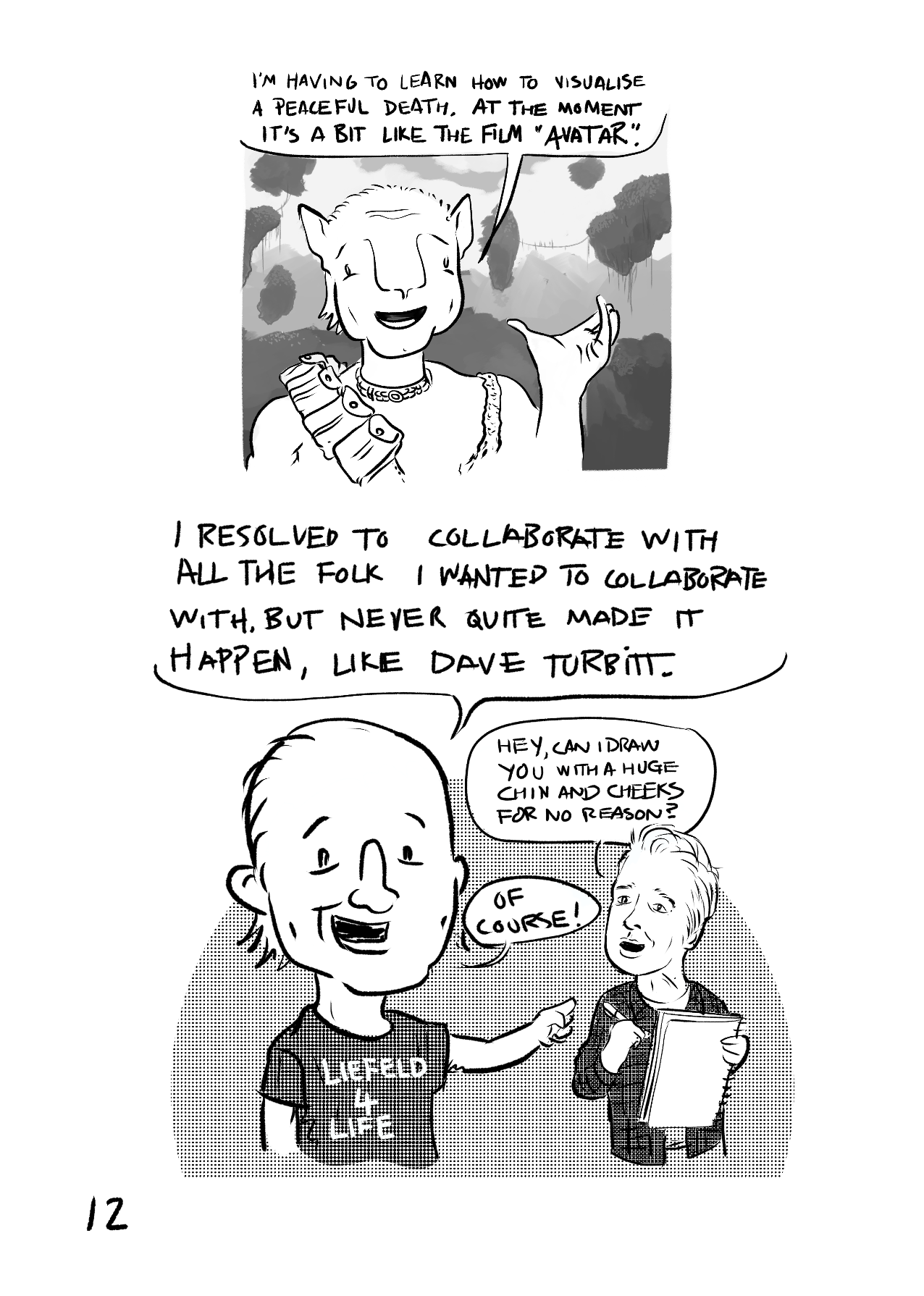 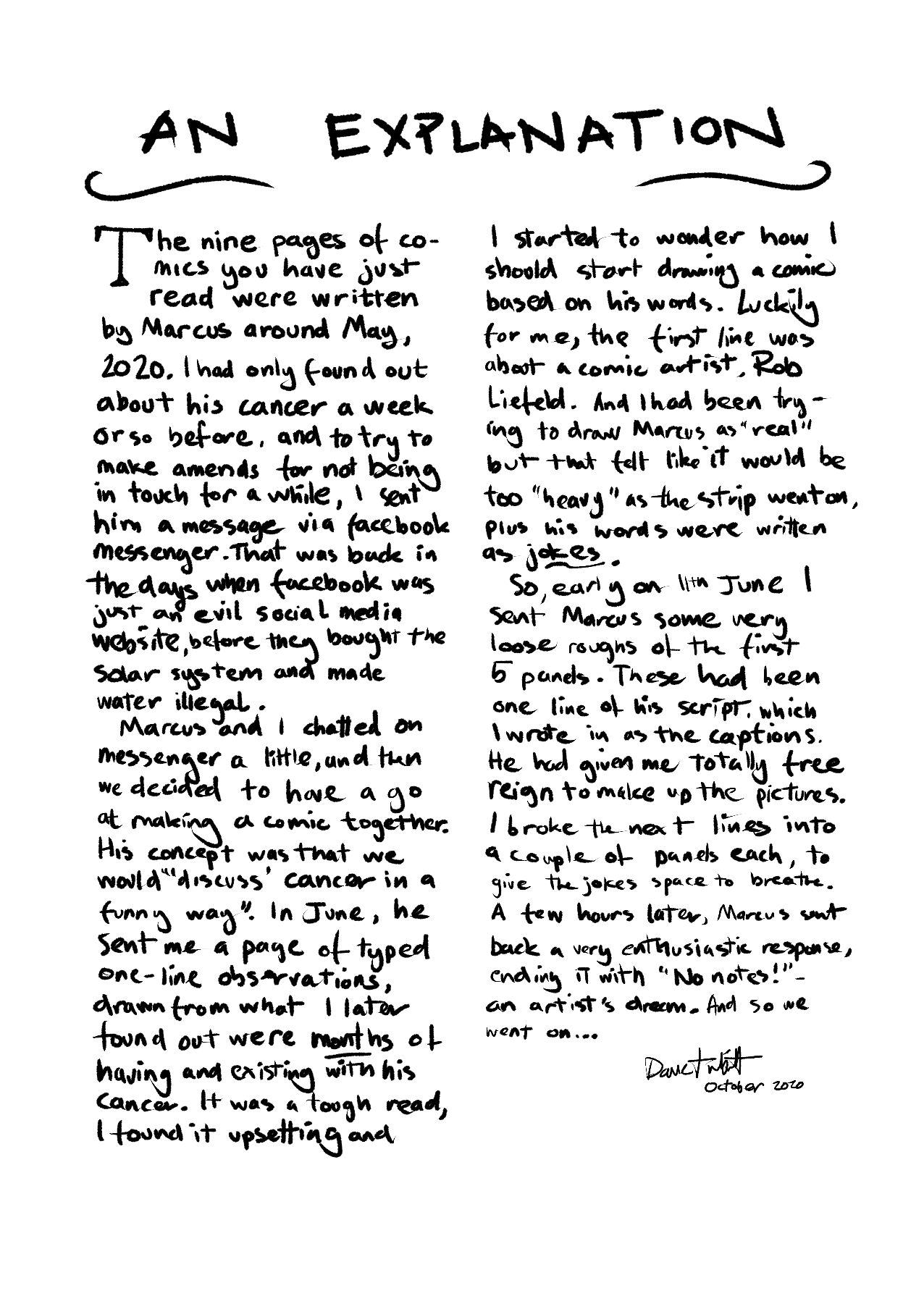 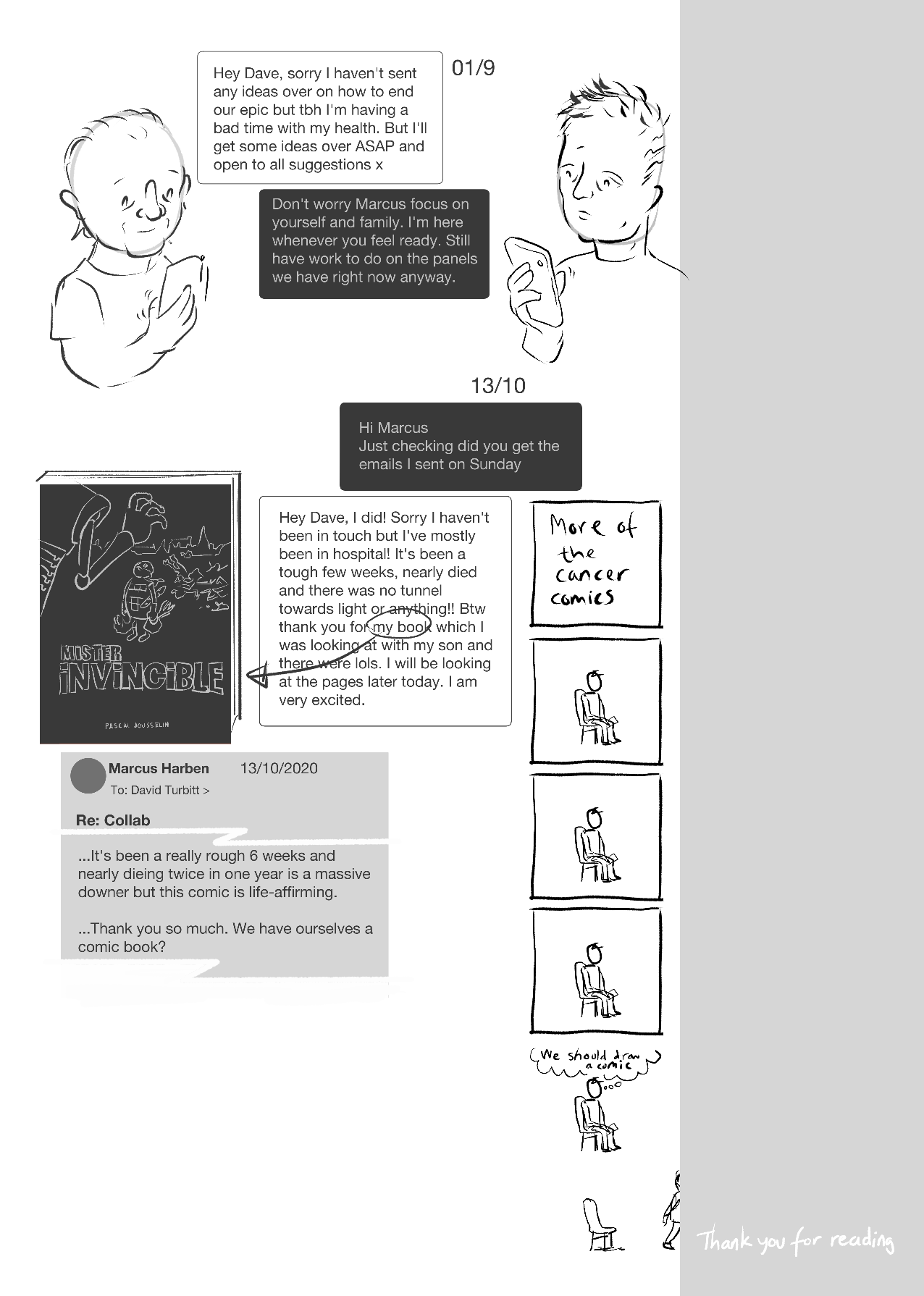 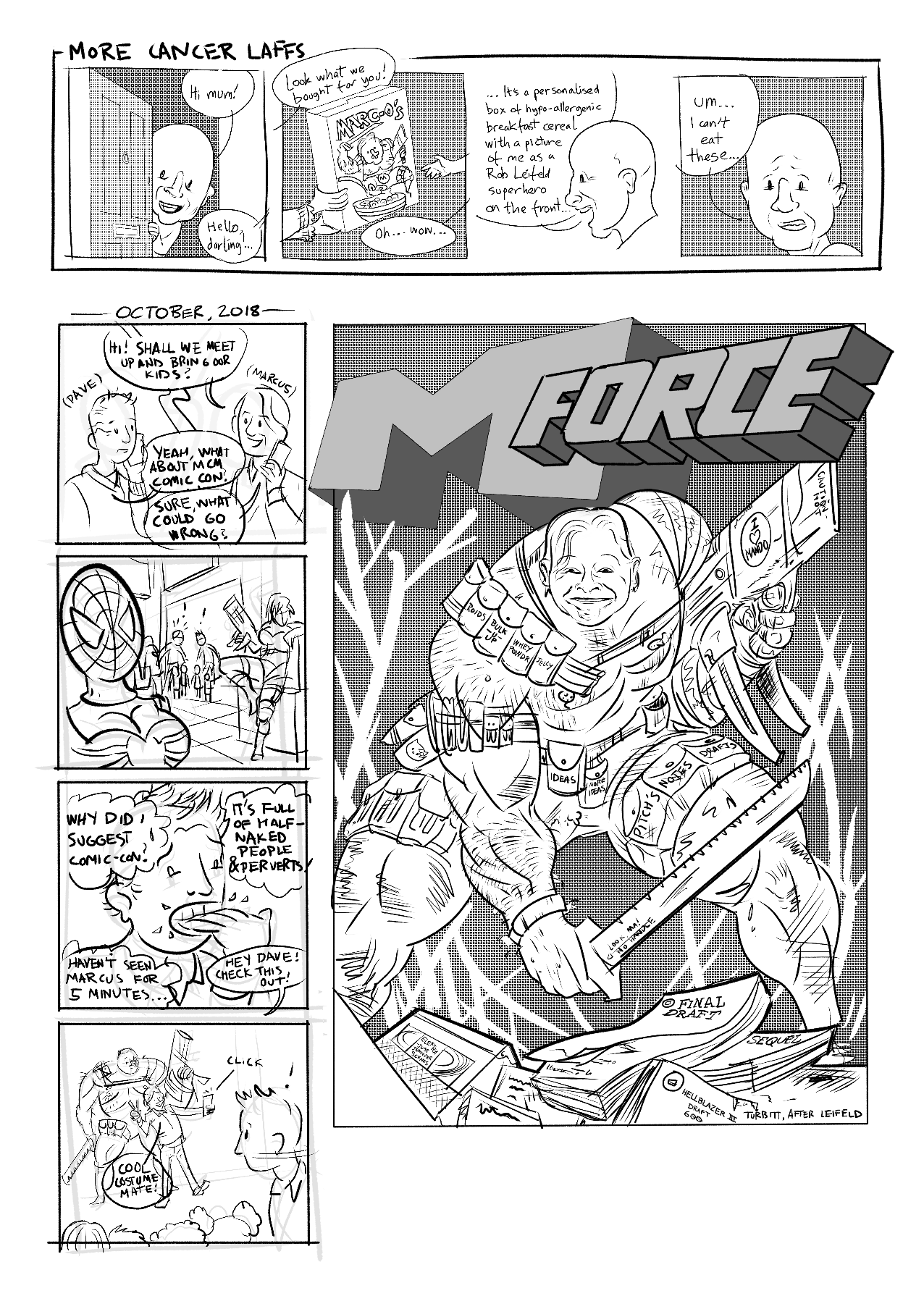 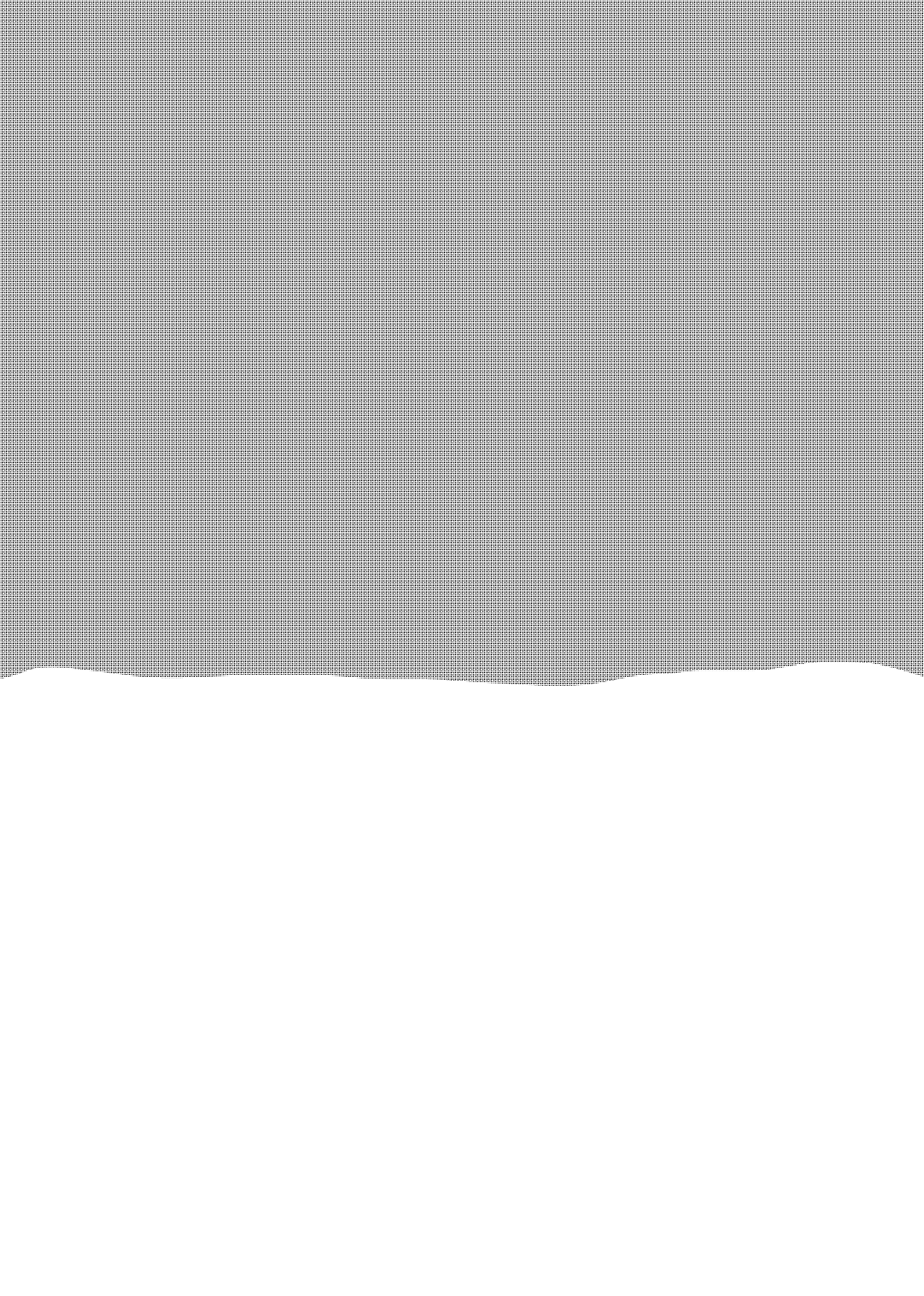 Marcus Harben’s first feature film ‘Followers’ will be released in 2021. He might not be around to see it come out, but he did get to see series two of ‘The Mandalorian’. He is married with two excellent children.

Dave Turbitt draws comics whenever he can. Currently he is working on a series of his own, called “The Squires Dog”. His work includes “Dougie’s War” with Rodge Glass, and “Conspiracy!” as part of the comics collective The Six Fingers Of Fate. He and Marcus met in Glasgow long ago when Dave was trying to make puppet films and Marcus worked for BBC Scotland. He lives in London with his family and on Instagram as @creativebydave.